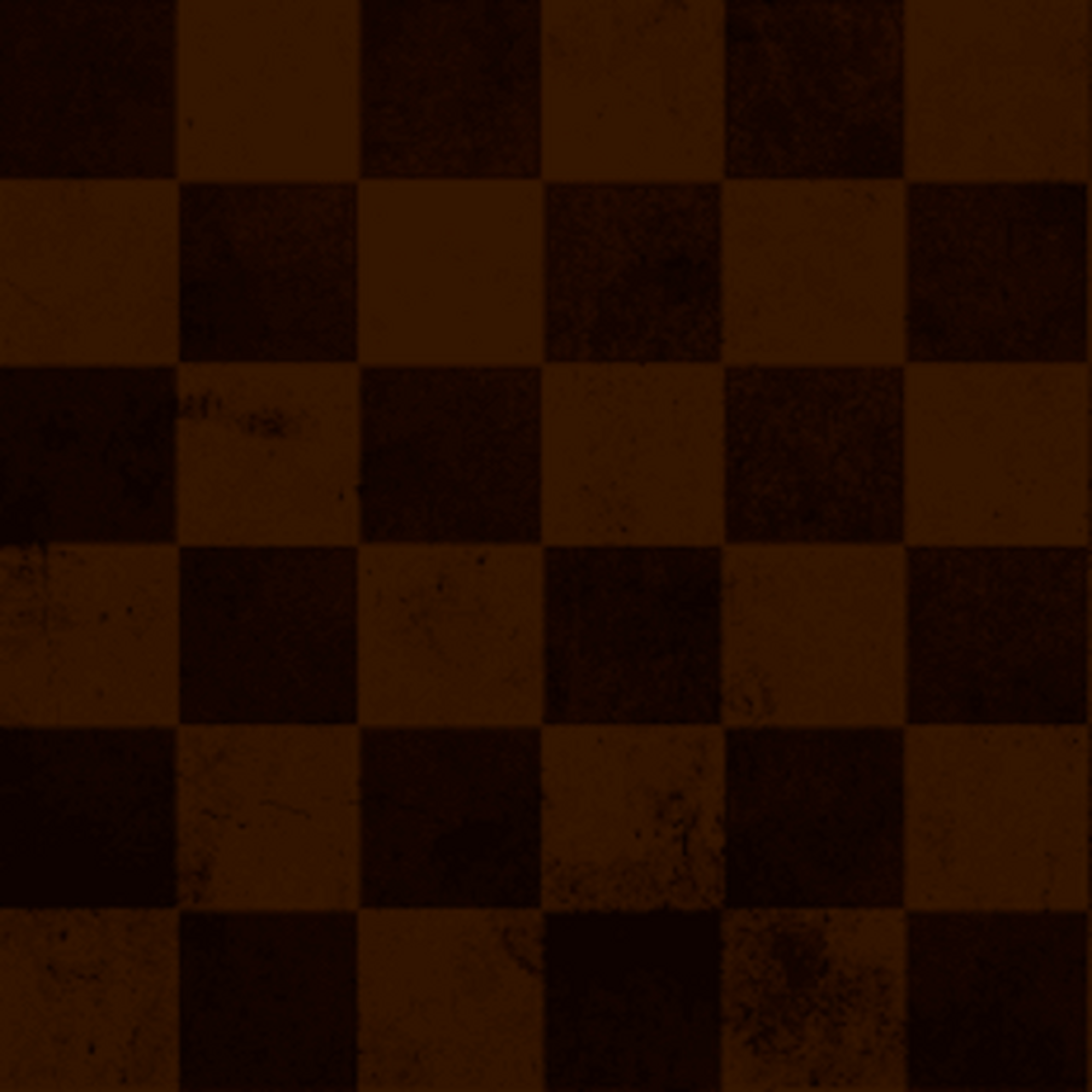 What's on your mind?

My LNaJ4 backstory has canon names of the eight missing children.

Check this page to see for yourself: 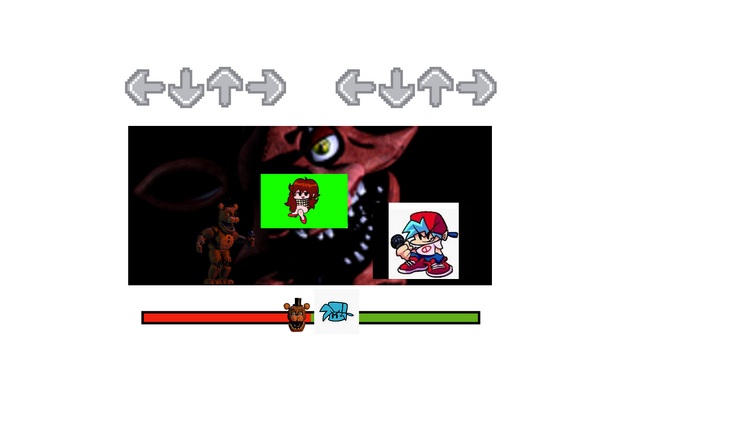 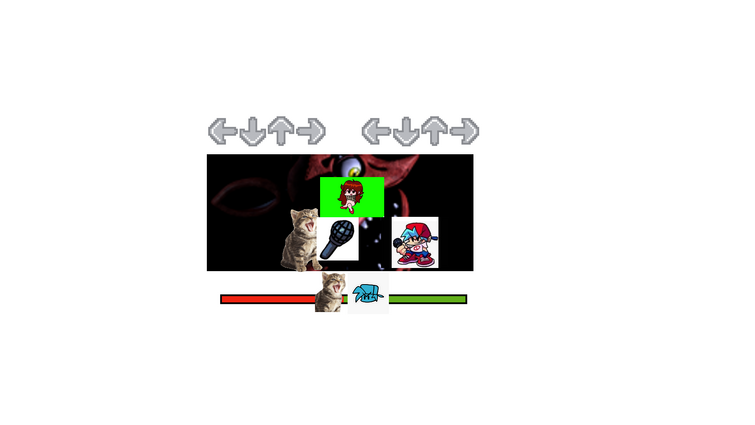 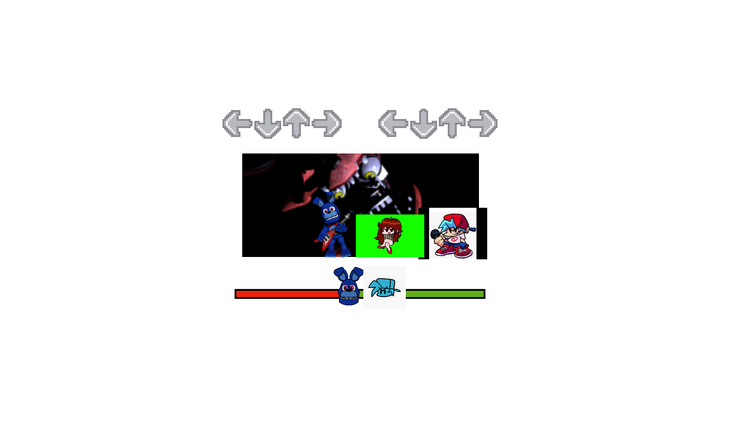 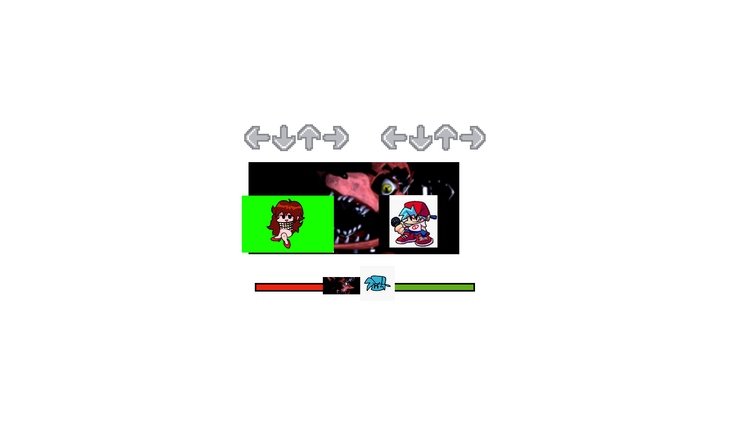 HE EVEN SENT ME THE DANGER ICONS HOLY CRAP!!!!! 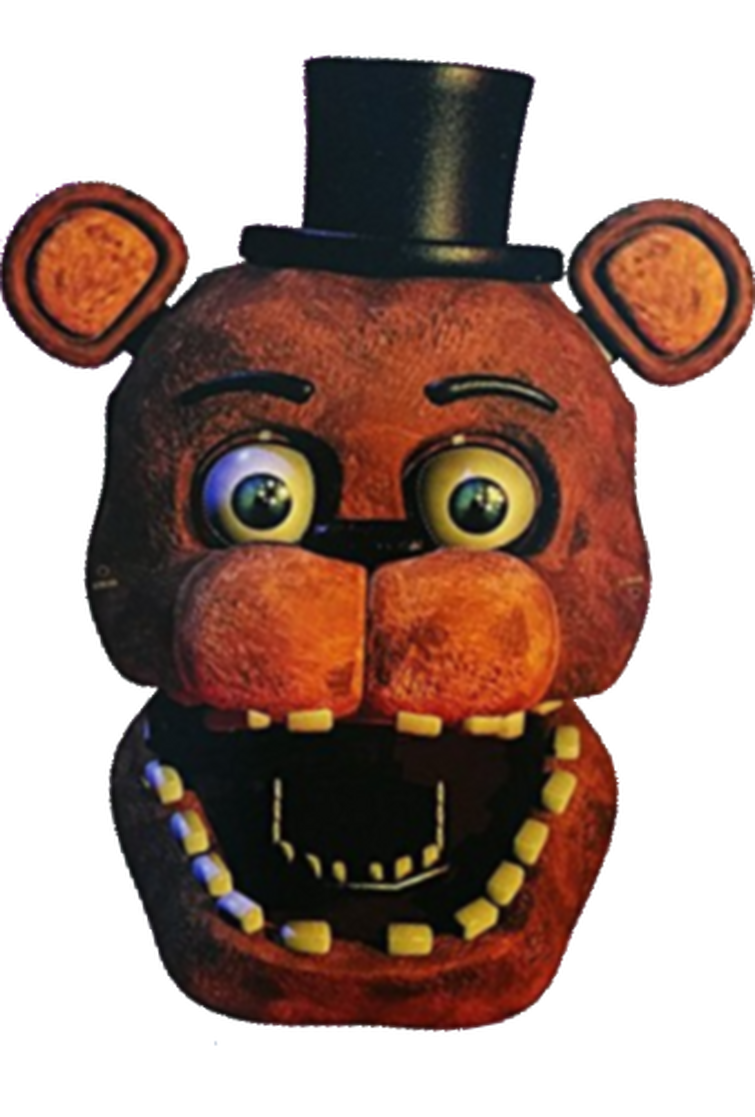 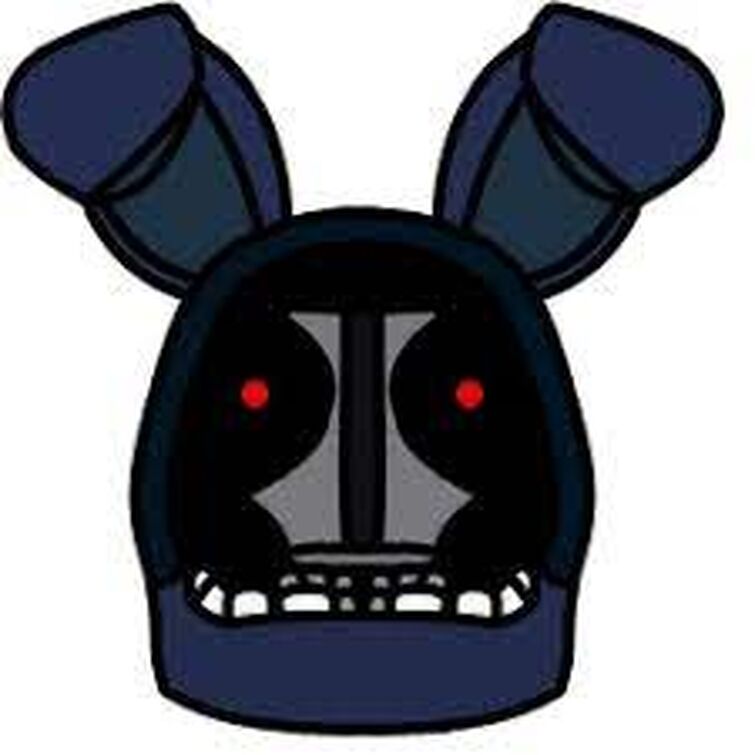 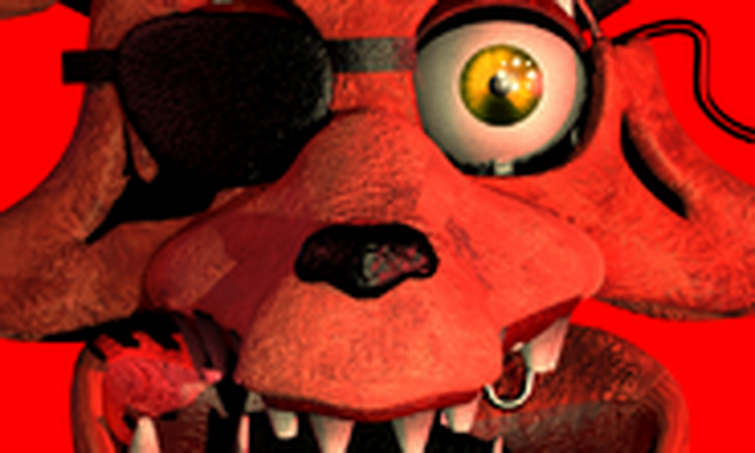 I was wondering if I could make a page based on my AU? the page will be titled "Five Night's at Clara's: The peaceful version of FNAF".

This is supposed to make fnaf more appealing to younger audiences due to the source game being a horror game.

Clara is a code name until she gets confirmed in-game

CC in this AU stand for Chris-Christopher

Terrance is in this AU and he's the guard dog

Willam and Clara are just really close friends, the rest of the family is made from inherited magic made using Clara's powers due to her having one magenta eye, giving her magic powers to spawn what she desires.

She messed up the first time, causing Terrance to become a dog.

Micheal and Terrence are twins

So is Elizabeth and CC

Willam's parents got in a car crash driving to his school to pick him up when he was in 8th grade.

Clara's parents were criminals(they kidnapped CEOs and locked them in the basement to take over companies and get rich) and they got sent to the future to get Thanos snapped as a punishment. she later gave everyone back their companies.

Everyone understands they are in an AU. fnaf 1 and 2 and sl are combined into a mall called Clara's clothing, as Clara is a professional clothes maker, hence the name of this AU, Five Night's At Clara's.

They all "died" by doing a ritual so they can die peacefully, unlike other AUs that had more tragic deaths. however, Terrence does not possess anything, and so, they tested out surviving the original deaths I wanted to give them.

Micheal wears a giant grape skin to cover up a hole in his stomach due to his stomach being removed and needing to be fixed by ennard.

Willam: Running into springbonnie randomly due to fears of ghosts but then suffocates in there.

Clara: getting into a crash car driving out of Walmart her ballora in the trunk, hence, why she posses ballora. she needed to return her to SL originally.

Micheal: Drinking oil, mistaking it for root beer, when he was 10.

Missing Kids and their parents (yes they are dead too): Ritual around Willam for no reason.

Charlotte and Henry: Ritual around a giant toy puppet.

Glitchtrap who is Willams pet rabbit: Ate Micheal's iPad because he was playing a game with carrots.

Vanny who is Clara's pet: Ate an illusion disk and died.

Glamrocks: super-smart AI made to be bodyguards.

All of the nightguards: they are just guardian angels who help protect the store outside of work hours.

More lore will be on the full page.

Diary of a custom night is ready! hope you enjoy it:)

Diary of a custom night

I’m currently thinking of ideas for a fangame concept which probably won’t be an actual game for a very very long time. One of the animatronic characters thought of being Hickory the Hyena, which you could record an audio tape and then insert it into a recording device in her chest that would repeat the message.

I want to tell you that diary of a custom night is coming later,make sure that you are ready for it and...

This is a custom night,not a five nights

(edited by Evin483)
Diary of a custom night

Hi my name is Star.

Before I officially join the community, i wanted to ask if we can do ships and literal fanonfnaf things here.

And maybe talk about some gacha fnaf stuff.

Because I don’t wanna be banned here.

And I recently came from the Gacha Fanon Wiki.

I left there though.

But enough about my backstory.

Because can someone explain the rules here?

Where do I go to play Five Nights At Freddy's: The Museum?

Attention members of this wiki!

Today, I have composed of how the story in "Five Nights at Freddy's: Security Breach" should be!

Ladies and gentlemen, we have a vote from one Fandom user, THEMASTEROFPUPPETSISPULLINGYOURSTRINGS (aka Mathew), so the winner by one vote for the musical tribute to Scott Cawthon is..."Glam!tronx"!

Now, according to Instagram user, bofable, you must add songs from the 80s that are similar to the songs from Animusic. 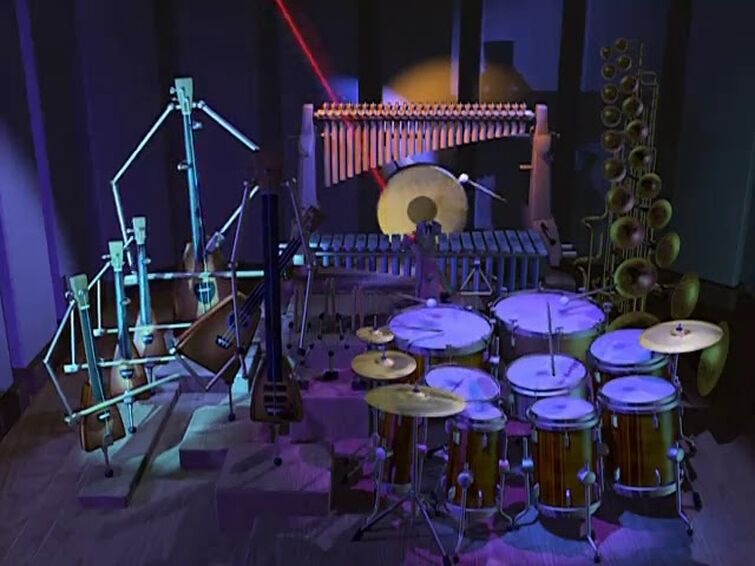 This video is divided into two respective video albums which contains seven to eight songs. Then add them right here on the band's list of songs.

Good luck, and be sure to give a big shoutout to Scott Cawthon himself!

This is just full of fake fangames and like 3 things that real,so plz...leave this wiki 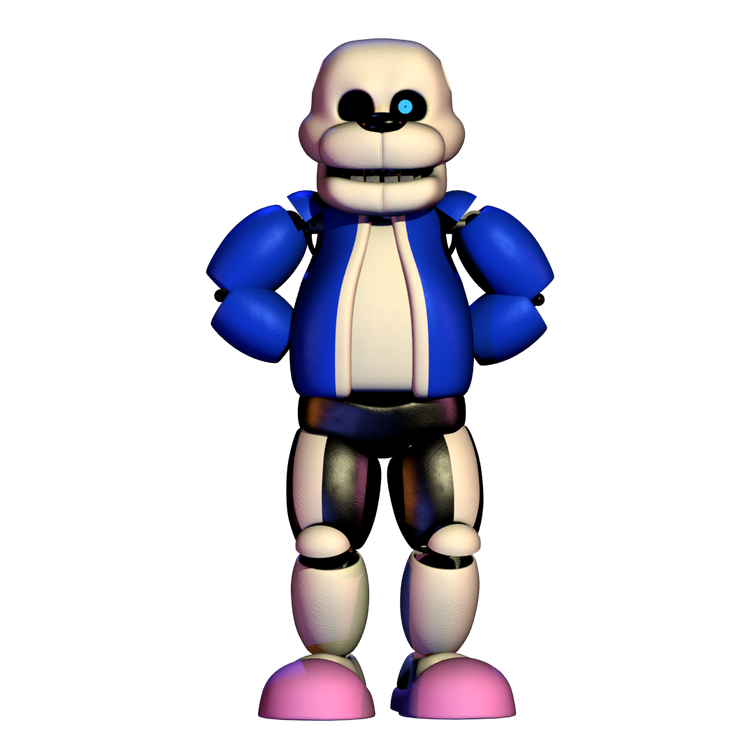 I would like to announce that, last week, video game developer and writer Scott Cawthon has retired from the production of the FNAF franchise. So, starting July, we will be making a musical tribute to Cawthon while he retires, and therefore, we have a choice of bands to salute him with their computer-animated video albums (produced by Source Filmmaker only):

Once you have chosen a band that you think would fit with the tribute to Cawthon, you will have to use Source Filmmaker to create the video albums as soon as possible. The animators nominated for these video albums are:

P.S.: If you choose "Glam!tronx", you will have to add songs from the 80s that are similar to the songs from Animusic.

Good luck and always remember to give a big shoutout to Cawthon himself! 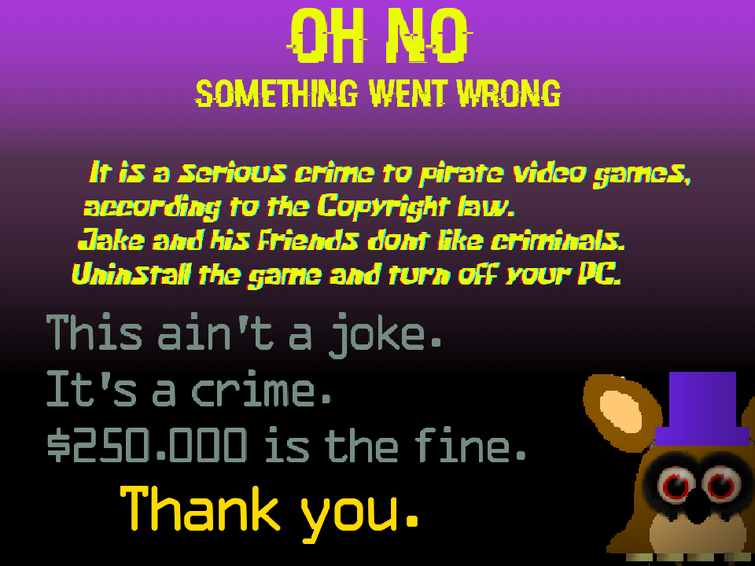 I was my grandma's and it looked like a boring day,but then dad came in told that he got us tickets to freddy fazbear's pizza! i was so happy but dana and Edgar felt scared,dad asked them what was the matter and they said that they heard about some kids going missing but dad had a huge flown on his face,but dana and Edgar wanted to go,but i know that they didn't wanted to get yelled at,it's not that far away but when we were almost there i was shocked that grandma and grandpa were coming with us too,when we got there we walked into the building i went to play some foxy and the lost pizza wheel and some other minigames,i had enough tickets to get a freddy plush and our food arrived the show started and freddy,bonnie,and chica started singing and i loved it,but dad saw something weird happed,the owner of the place were taking them to a door dad said what he was doing with them and he said they were takeing them to see endo-01 witch is a really gift for a good kid,so dad just snugged it off and we watched the rest of the show,but when it ended they still haven't came back but that's when william came running into the room saying that they ran away,but 2 hours later and still nothing me and dad were waiting for them to come back so we could go home to the lot and i then remember what they said earlier about the missing children and i told dad that he killed them and he said why i would say such a thing,and they never came back so we just seeped at grandma's,we haven't been back to the lot for days now,and endo 01 can't be see again until they are found,ever time i go back there...i just know...i'm next

JUST BECAUSE SCOTT DONATED TO POLITICIANS AND SUPPORTS CHRISTIANS AND CONSERVATIVE POLITCIANS DOESN'T MEAN THAT YOU HAVE TO GO AHEAD AND HARASS HIM AND HIS WIFE!