Five Nights of Crossover is a Five Nights at Freddy's style game by Bolt. The player (AKA you) has came to an unknown location, and are trapped in for 5 nights, and a few bonus challenge nights.

A new company was founded who's founder had a liking of many things, he decided to make a restaurant-esque thing similarly to one of his favorite things, Freddy Fazbear Pizzaria. Like that locations, he placed animatronics there based on his liked things. He had to obtain permission from all companies he needed, while some rejected (which explains why there's only five animatronics), they got ten permissions of characters and used his favorites. Freddy, BBB, Medic, Inkling, Slenderman, Jester Zombie, Paratroopa, Absol,Silver and Skeleton. The animatronics had a bit of faulty wiring, meaning they go haywire during the night, trying to kill the nightguard which you signed up for.

If Inkling is not checked on often, her counter will drop fast. If you check on her, it will freeze while you look at it. When it runs out, Inkling will charge to the office in a giant ink stream while in squid form. Can be stopped with a door.

The traditional guard standby. Check the cameras to see where the animatronics are.

Ink Cove/1B - The Pirate's Cove for the left door. Inkling begins here. It's also where her timer is.

Kitchen/2B - The Kitchen (another obviously). The view is disabled. However, sound is still enabled. Medic and Freddy hide in here.

Left Hall/3 - The West Hall. Blam can be seen in the distance here sometimes, alongside Absol who hides here. The Inkling can also be seen swimming down an ink stream in squid form through here too when her counter hits zero.

Right Hall/4 - The East Hall. Medic and Freddy appear here sometimes. Paratrooper can be seen flying down here when he has left his cove.

The old fashioned defense line. Shut these when the animatronics are in the blindspots.

A mechanic from TF2. If you run out of health from jumpscares, it's game over. You have a total of 300 health.

A mechanic from One Night at Flumpty's 2. If you get seen by the animatronics enough, you get attacked and lose health depending on who attacks.

Freddy is back as the main character. He retains his first game appearance and his original pose, and special gimmicks. He begins moving on Night 3, and is usually the last to move. His jumpscare is his second game jumpscare, while he has his head spinning around, but repaired version. Starts at the Show Stage.

From One Night at Flumpty's, Birthday Boy Blam (Blam or BBB for short) is the first to move. He retains his debut appearance and begins to move on Night 1. His jumpscare is him throwing his pizza hat in front of you, and he pops out of it, and seems to bite you. Starts at the Show Stage.

The Medic from Team Fortress 2 takes the role of Chica, and he is the second to move. He has a similar appearance to his original counterpart in a robotic version on the RED team. He begins moving on Night 1. His jumpscare is where he uses his Bonesaw to presumably saw your head off, while revealing his endoskeleton teeth. Starts at the Show Stage.

The Inkling from Splatoon takes the role of Foxy, and goes to the left door. Her movement is based on vision and a timer. You can stop her timer for a while by checking on her periodically with the cameras. If her timer runs out, she will leave, and she will head straight for you. If you stop her from getting in, she will be sent back. If not, she will jumpscare you. She begins moving on Night 2. Her jumpscare animation is her turning into the Kraken (using a special weapon), which for some reason has red teeth and black eyes, and lounges at you. Starts at Ink Cove.

Slenderman from Slender takes the role of Golden Freddy. He randomly appears in your office. If you look at him with your camera down too long, he will attack regardless of your exposure. If you put your camera up, he will vanish. Begins moving on Night 3. His jumpscare is where he seems to change his blank white face into a photo-negative red face of himself, and charges at you.

The infamous Jester Zombie from Plants V.S Zombies 2 takes the role of Balloon Boy. Once he moves, you will hear the sound of bells, which lets you know he has gone. When he arrives in the blindspot which is where he goes next, you have to shut him out with your door ASAP. If you don't.. He will enter the office, and steal the door batteries, disabling your only defence line. He begins moving on Night 3. Starts at the Bathroons.

Absol from the Pokémon series joins as a sneaky character like Springtrap. He is very hard to spot on the cameras, and he bypasses the blindspot like Freddy and Inkling can, in addition to Slenderman too. The only way to tell if he is on a certain is to not rapidly switch cameras 5 times in 3 seconds. When he reaches the West Hall, you must shut him out with the door. If you do, he will back out. If you don't, he will attack. He begins moving on Night 4. Starts at the Backstage. His jumpscare is when he makes your vision go blank, and rushes at you in a photonegative, red-eyed blue version of himself.

The Paratroopa from the Mario series acts as a Foxy for the right door. He is not based on a timer, instead is based on vision, and vision alone. He bypasses the blindspot like Inkling does. If he leaves, you will hear a flapping noise to the right. This is your cue to shut the door. If you do, he will go back. If you don't, he will attack. He begins moving on Night 3. Starts at the Winged Cove. His jumpscare animation is him doing a backflip and spinning his head wildly, before charging right at you, his body entirely white.

The infamous troll hedgehog from the Sonic series acts as a second Golden Freddy. Like Slenderman, he appears out of nowhere randomly in the office. Look at him too long, he will attack. Look away and he will leave, but you have to find him on the cameras for him to leave. Awkwardly enough... He begins on Night 4, and his jumpscare turns himself into a giant, familiar flame-like beast, with purple shadows around it.

The Skeleton from Minecraft acts as more of a mix from the rest. He does not attack, instead, he goes around disabling cameras with his bow if you don't lose health. He begins moving on Night 3. He starts at the Prop Storage. He can also appear on any camera he wishes, and does not go to the blindspots at all.

*phone ringing* *phone picked up* "Hello? Hello? Um, hello and welcome to your new summer job, at the new and improved, Freddy Fazbear's Pizza. Um, somethings have changed since the grand opening of course, like, we got new animatronics, devices, and security system upgrades. They were so bad you know? Anyway, um, getting to the job you have here, uh.. To explain the animatronics moving.. They don't get set on night mode at all. So when it gets too alone, they think they are in the wrong room. So they go to try find where the people are, and in this case, that's your office. There are two doors to your left and right. If you see someone, or something outside them, or at least really close, you might want to shut them. You see, they tend to get a bit violent at night. Uh, I gotta go, uh, just, finish this night and we'll talk again. Alright, good night." *phone put down*

*phone ringing* *phone picked up* "Hello? Hello? Hey, you made it to day two! Uh, congrats! I can't talk as long this time as Freddy and his crew get more active as the week progresses. Uh, by the way, if they see you after hours, won't recognise you as a visitor. They will think you are a murder, and try to kill you. That wouldn't be bad, but considering the most common cases are people going missing, it's pretty safe to assume they never stop. Also, check on the curtain at Ink Cove from time to time. The character in there seems shy, and she only comes out if she isn't being watched. Another reason to check the cameras, right? Anyway, see you tomorrow night!" *phone put down*

*phone ringing* *phone picked up* "Hello? Hello? Wow, day three! You're lasting longer than the average! I mean.. You know. The other people that come usually go missing by now, or move on. Things start getting "real" tonight. I do not know what they mean by this on the third day, by the way. Um, also, you might want to check the Winged Cove too. I'll be honest, I never liked that thing.. It's just.. Out of place.. Kind of like that party block guy, you know. Good luck, and hope you make it to day 4. See you then!" *phone put down*

*phone ringing* *phone picked up* "Um.. Hello? Uh, I-I can't talk much.. It has been a terrible night.. *water sounds* for me.. Uh.. Well, do you mind.. *electrical sounds, seemingly from the doors* Checking to see if the suits in the back are empty? I always do wonder what is in those things.. *5 screams* Oh no... *deep scream* *static*" *phone put down*

*phone ringing* *phone picked up* *garbled voice over the entire call* "You cannot escape, you never can. We will have our revenge, as we have no realities of ourselves to use, to calm down. Please understand, we are simply children, wanting to play with you! Prepare yourself and prepare the rest of your pitiful days for your doom." *phone put down* 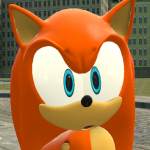