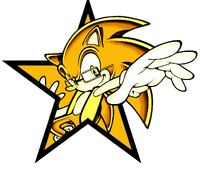 VentureSonic's Refined Pages
This page is apart of VentureSonic's refined pages, meaning it's one that's actually good. It's also owned by Venture, so do not edit without permission or if you're adding categories or fixing grammar/typos.

"He's yet to wake up from his coma."
"Could you please tell me about the nightmares he was having?"

All characters from FNAF World: The Return to Animatronica reappear alongside:

See One Night of Everything World/Characters.

All moves from FNAF World: The Return to Animatronica reappear alongside:

See One Night of Everything World/Attacks.

A grassy forest where the world of Animatronics live. Surrounded by trees and rivers. To the right is Cheese Desert and to the left is Poison Jungle, blocked by the Toxic Gate.

A sunny desert with various pools of types of sodas and pizza sculptures.

A maze-like pyramid filled with puzzles and flames. The boss of Cheese Desert and Toxic Gate Key is found here.

A jungle filled with rivers of poisoned water. To the left of Animatronic Valley and the pathway to Shadow City.

A dark city with stormy weather.

See One Night of Everything World/Enemies.

Retrieved from "https://five-nights-at-freddys-fanon.fandom.com/wiki/One_Night_of_Everything_World?oldid=185525"
Community content is available under CC-BY-SA unless otherwise noted.